Katy Kelly remembers a great cafe naming session. She recalls sitting with her brother, Jack, and Keri, his then girlfriend, just after he signed the lease on top of Queen Anne. “We were talking about what we would call the new café.  It was like naming a baby.  Avalon was a serious contender.  But Caffe Ladro, the Coffee Thief, won out. . . and thank goodness.  What an iconic character that  man has become!” shares Kelly.

Ladro grew from one to three Ladro Cafes in the ’90s

You remember those years: 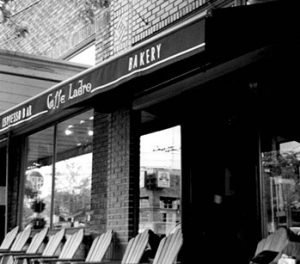 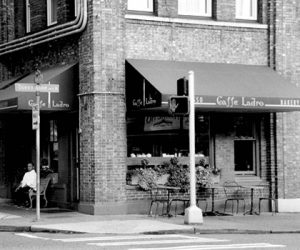 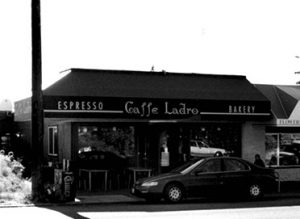 We wish we had construction images from all our stores, but we did find some fun shots from the construction at the West Seattle location. In the first image, Jack Kelly is grouting tile. In the second image, Bob Ohly is helping the artist hang the hand-blown light fixtures. In the third image, store manager, Terri Roush is grouting tile with Jack Kelly. 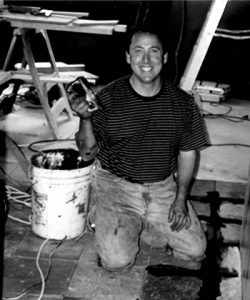 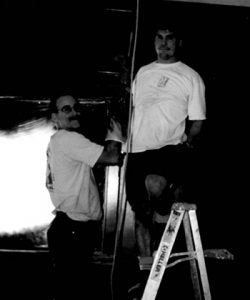 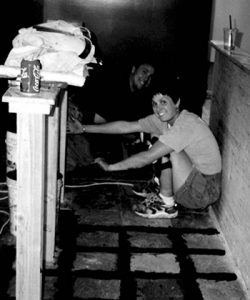 The number of Ladro cafes increased to seven in the early 2000s. That time frame brings the following history to mind:

During those years, the company built four Ladro Cafes, which brought the total to seven. 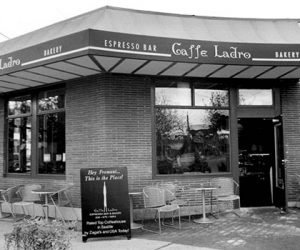 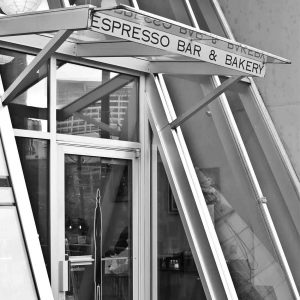 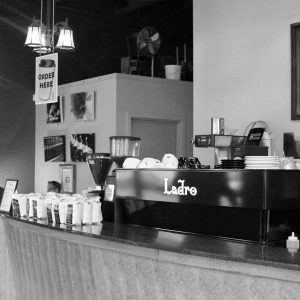 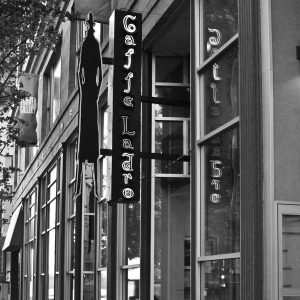 Then Project Manager, Frank Lawrence was a busy guy! These new locations took Caffe Ladro cafes to the Seattle suburbs. 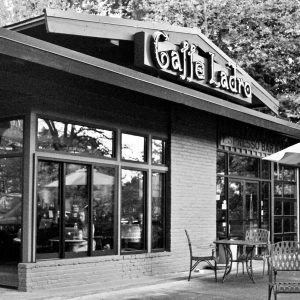 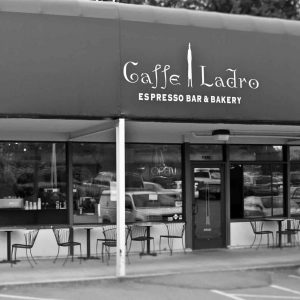 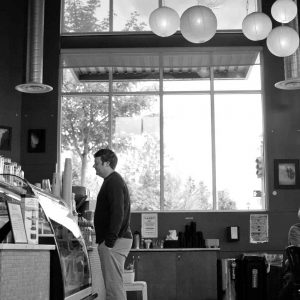 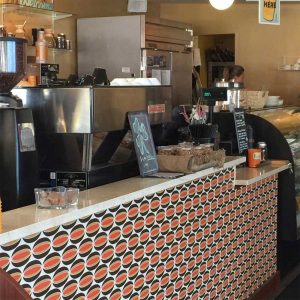 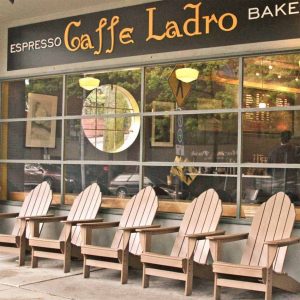 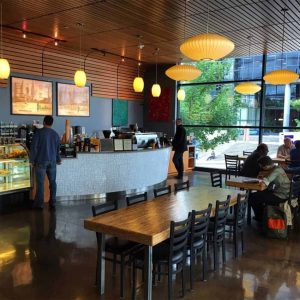 And we made Sip Northwest’s list of top local chains and in 2017, we were voted Seattle’s favorite coffee shop according to Seattle Magazine. 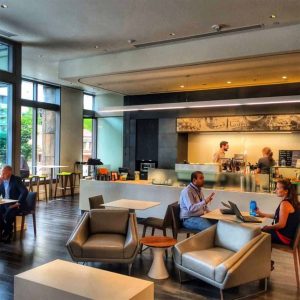 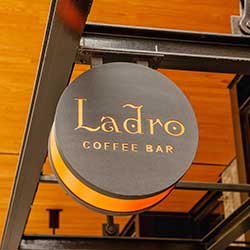 As Ladro celebrates our 25th year, we are building two more locations.

Opening soon is the location in the Ravenna neighborhood. Opening soon after that is the location at Kirkland Urban. As we celebrate, we hope you’ll visit to see how we’re the same as you remember and how we’ve grown. Please vote for your favorite locations on our Ladro Cafes page. Lastly, please mark your calendars for April 24th! We have a big thank you surprise planned for customers! We also love this recent interview with Founder, Jack Kelly that gives more personality to the Ladro story.